In the late 1950’s success in America was typically portrayed as a one income family, a middle income job, a modest home in the suburbs and a new Oldsmobile or Chevrolet parked in a one car driveway. Emotional, physical and spiritual well-being was all rolled up in a nice little Sunday go to church package in a time where preachers and doctors were considered gods.
As the human race has evolved over the past 60 years money has become the god of choice as a barometer for measuring success and happiness. Yet the divorce rate is at an all-time high, families rarely sit down to dinner together, doctors are seeing record numbers of heart attacks, strokes and stress related ailments and America is working longer hours for less pay.
Material wealth has become the great American remedy though many see it as a way to anesthetize and appease an otherwise malcontented society. Yearly we witness the annual ritual of “Black Friday” now revised to “Black Thursday” where shoppers wait in long lines and mow each other down in order to save twenty dollars on something they probably won’t use more than a few times.
Somewhere in the financial rise and fall of America’s ever changing economic horizon, character, integrity and core values was lost.
Oh there are still many in every demographic who value more than money and many who measure their life by greater than what they have in their wallet. The onslaught of scaling down began with the mortgage crisis a few years ago when people started looking for different ways to own a home and preferred a smaller, more ecologically friendly home as opposed to the one they lost without ever missing a payment. Downsizing has become the new norm with shows like Tiny House Nation and Architectural Digest featuring shipping containers tricked out to create beautiful, affordable housing.
With a nation willing to get rid of the excess of the massive quantities of stuff they have accumulated over their lifetimes, comes too, a new way to define success. Unlike previous times, success has become simplified; the less stressful a life, the more successful. The less overhead, the more successful, the more quality time with family and friends, the greater the measure of success. Having a roof over your head, a warm bed to sleep in, having food on the table every day and going to bed contented every single night with a clear conscious, THAT is success. Having quality friends love and support your dreams and celebrate your accomplishments, THAT is success. Having a strong, healthy body, free from fears or stress related sickness THAT is success. Being able to take your integrity and authenticity into the world each day, unafraid of being yourself, having the freedom to express yourself, THAT is success. Leaving a legacy and helping others knowing most will never know it was you who paid the tab or prayed for a better outcome for them, THAT is success. Being able to let things go easily, forgive easily and live without judging yourself or others THAT is success. Leading a life rich in diversity, philanthropy, and volunteerism and doing it with unrequited joy, THAT IS SUCCESS.
These are the things that neither money nor a college degree will ever be able to give you. These are the core valuables which should be in your safe and should be non-negotiable. Spend less time working for the almighty dollar and more time seeding and fertilizing that which has real worth, that which is invaluable, these add up to the truest measure of success. 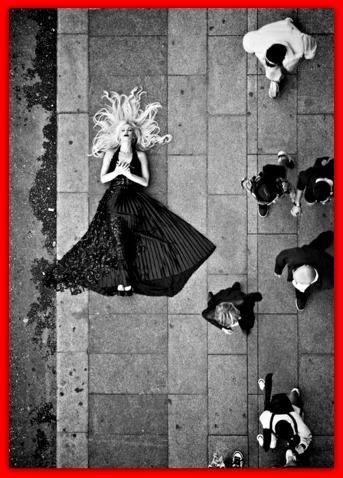 Are you one of those folks who belabors the story and never gets to the point? Do you rehash and regurgitate your heartaches, your sickness’s, your hardship story ad nauseum to everyone who will listen? Do you like to wallow and linger in the drama of it all? Well good luck with that. The more you linger in anything woeful or challenging the more you set your bio-chemistry for the future. The more you engage the drama the more you imprint the event in your consciousness and in your body thus creating a “locked” image which in time will continue to create the same behavior and will set up patterns which repeat themselves. Processing any trauma or drama is essential for healing and growth, however one must be diligent to recognize when enough is enough. Embrace the challenge and derive whatever lessons you can from it, then let it go and move forward. The more expeditiously you move through any emotional upheaval the greater you grow, the higher you raise your frequency and the less vulnerable you become to sickness and disease. ~ Ariaa Jaeger – Ariaaisms Spiritual Food for the Soul – Ariaa.com (if you want to know more about how to process with perfection, get in touch with me, I have been guiding people to perfect health and well being for more than 21 years.) 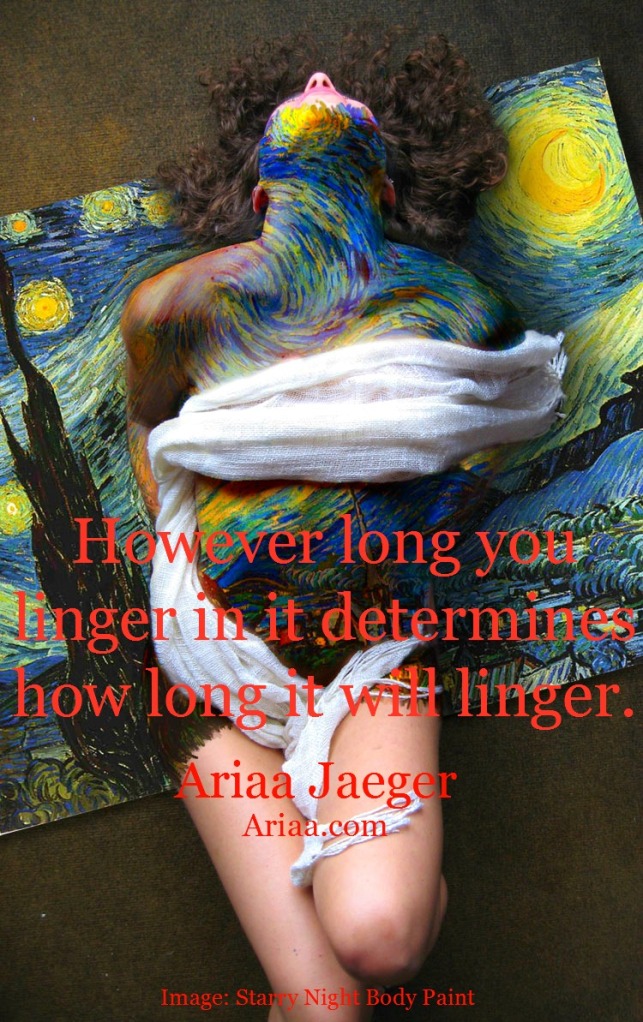