There was a small village where everyone knew everyone and there was one woman in particular who would rise up early every morning and she would greet the day with the same prayer as she plucked the fresh vegetables from her garden to sell in town. At evenings end while tending to her small flock of chickens removing the fresh new laid eggs, that same prayer once again fell from her lips. Widowed and alone for many years she knitted by the fire each night with no regrets of her loss and no pining for her future and again said her beautiful prayer aloud as she rocked in her creaky wooden rocking chair. As darkness set in she could be found counting the coins and a few dollar bills she had earned taking her fresh vegetables to the town square everyday selling them to the locals. Her house was simple but warm, her clothes tattered but neat and her shoes bore the signs of walking into town every day to share her freshly grown corn, some squash, a few heads of lettuce, some beans and a couple of tomatoes. Many times she found herself surrounded by those who had nothing to eat but she gave generously of what little she had. Everyone knew and loved this woman and while she had little they all thought she was a very wealthy woman because she owned a nice house, had plenty of food and always shared with those less fortunate. Little did they know that she was living and surviving by simple grace. But in her mind she was rich because she was loved and to a woman alone, being loved by many was her great treasure of wealth.

Everyone in this small town had heard that her good fortune was made because of the same prayer she recited over and over again all throughout the day. No one had ever heard her pray yet many had come to her for prayer knowing her reputation for being a great intercessor and instrument for the monumental power of prayer. They grew more curious with every passing day.

At church one winters morning, the local preacher announced that this endearing soul was willing to share her prayer with the congregation of about 20 people. She felt her days were growing short on the earth and having no family, she thought it best to pass her gift along to those she loved.

She rose slowly from a pew near the front and made her way down the aisle nodding to every smiling face eagerly awaiting to here this powerful majestic prayer which they had heard about for years. The room grew still, the only sound was the clog sound of the orthopedic shoes she wore as she climbed up to the podium. She raised her hands up to the sky and for a moment the parishioners thought she was about to pray but not a word fell from her lips. Her hands now descended from the heavens and she folded them at her bosom and bowed her head….the small crowd followed her lead. Her chest began to swell, the energy was palatable and with what felt like it was her dying breath espousing her last wish, she opened her mouth and with all her might and a passion which transcended words she spoke the greatest prayer ever said. “Thank you.”  ~Ariaa Jaeger

copyright 2013 Ariaaisms Spiritual Food for the Soul on Amazon.com and Ariaa.com 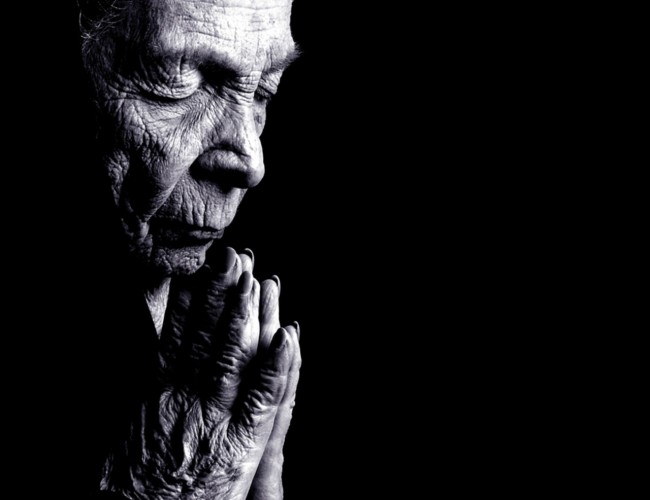